The large capacity for dissolving CO2 of the VALOCARB© systems, allows a massive capture of emissions from major CO2, emitting sites, such as coal-fired power plants, cement plants, etc., thus contributing to the fight against climate change.

Valocarb® technology provides a real alternative to these existing options, with:

This valorization must generate the creation of many jobs that cannot be delocalized, and substantial revenues that will allow to recover the costs of the necessary equipments.

The highly competitive Valocarb© technologies are associated with multiple segments of CO2 valorization markets, such as: 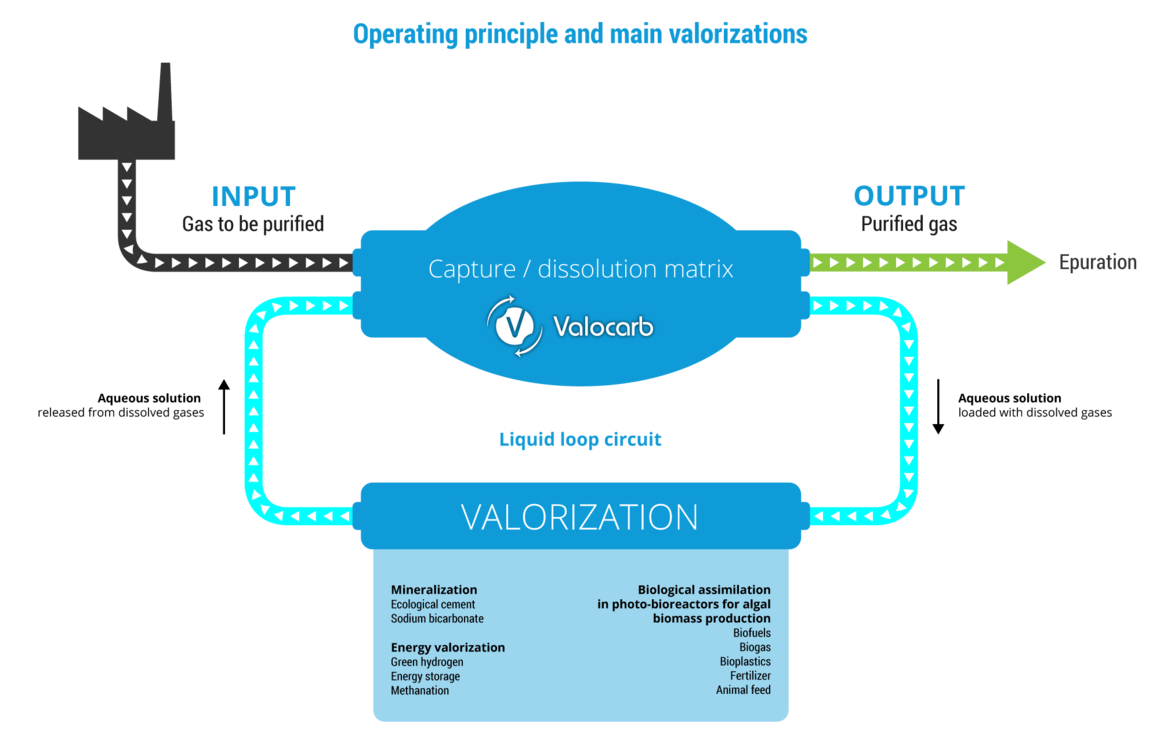 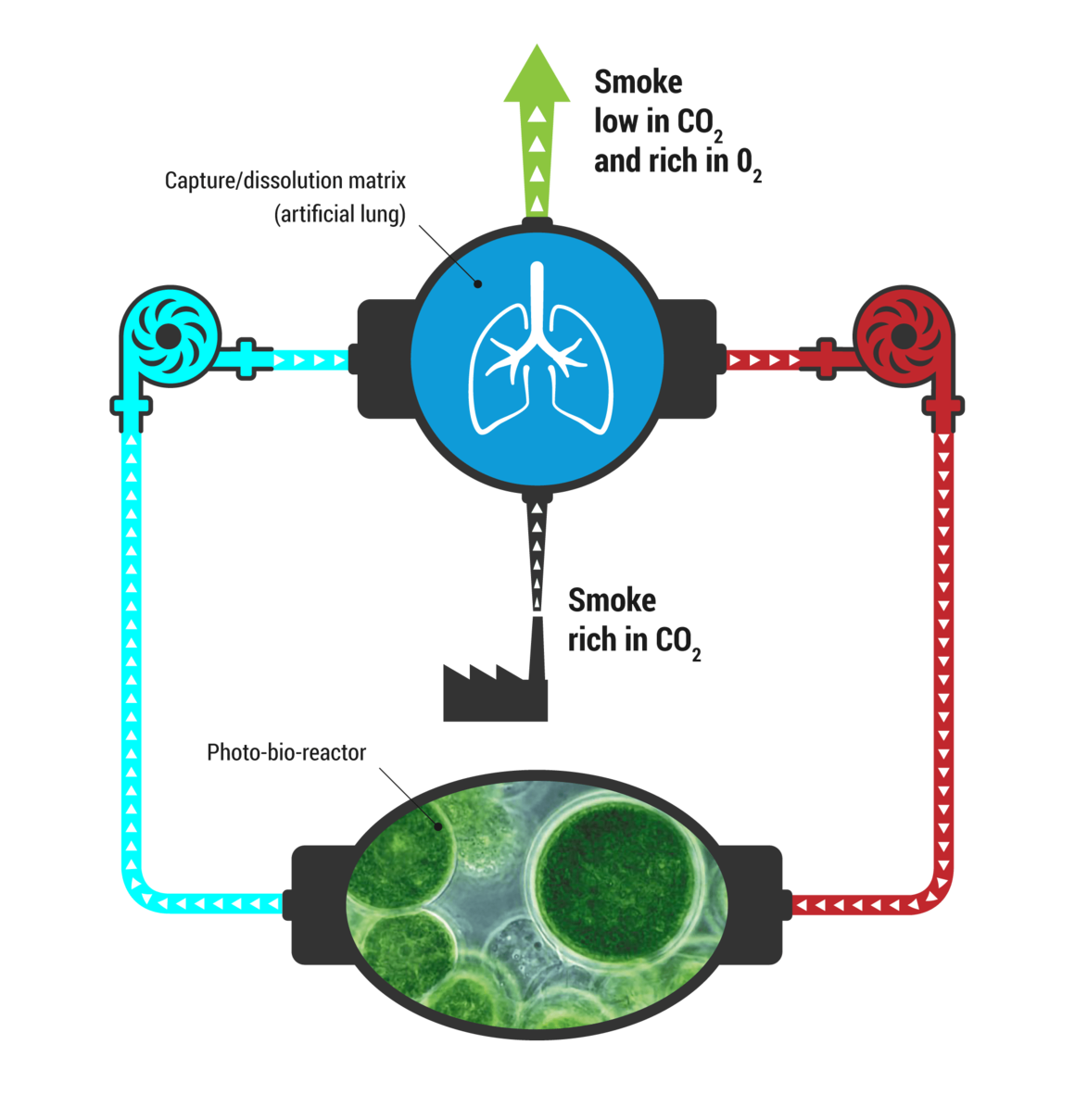 Winner of the Innov'Eco SME Springboard,
at the « The value of CO2 », forum in Paris in December 2014